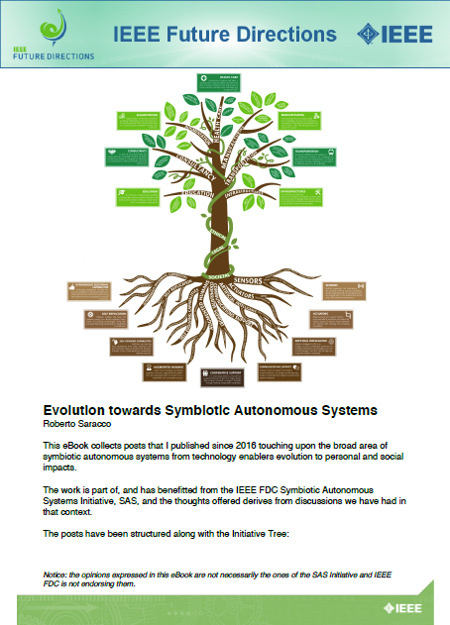 This eBook collects posts that Roberto Saracco published since 2016 touching upon the broad area of symbiotic autonomous systems from technology enablers evolution to personal and social impacts.

The work is part of, and has benefited from the IEEE FDC Symbiotic Autonomous Systems Initiative, SAS, and the thoughts offered derives from discussions we have had in that context. 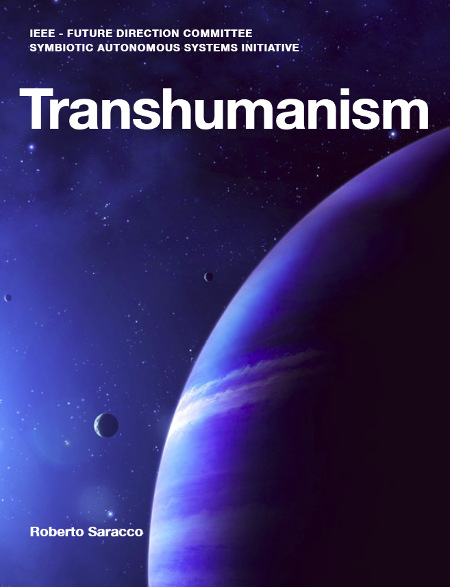 This short ebook contains a number of posts Roberto Saracco wrote in the last four years on Transhumanism, a topic that has emerged in the Symbiotic Autonomous Systems Initiative through discussions on the augmentation of humans and their progressivesymbioses with (augmented) machines.

The posts have been revised and extended to take into account the evolution in this area.