Everything evolves, right? Why shouldn’t Digital Twins evolve as well? Indeed, they have been evolving, and as I look at what is happening around the world, they will be evolving even more in many sectors. Review a brief history of Digital Twins, observe the evolution of the technology, and explore potential and actual uses within the manufacturing industry.

Webinar: Mastering the Metaverse Across Industry

Four experts from different disciplines will define the Metaverse in their own terms and delve into potential use-cases for leveraging the Metaverse across a multitude of industries, including public services.

This eBook focuses on Personal Cognitive Digital Twins. However, some of the issues discussed apply more to the general application of Digital Twins.

Power of AI: AI/ML in the Era of 5G and Beyond
In this webinar, we covered the role of AI/ML to support data-driven 5G operations to include slice management, fault prediction, security, the interplay of AI/ML with edge computing, how AI/ML is being leveraged for O-RAN, and opportunities for autonomous network operations.
learn more

Power of AI: the Future of Public Transportation
In this talk, Alex Wallar described how such a transit system operates, how The Routing Company has been able to optimize the routes for thousands of vehicles in real-time
learn more

Shoppers around the world have experienced going to the store to buy their favorite shampoo or candy bar only to find the shelf empty. Because of inflation and high rates of employee turnover, retailers are struggling to keep their shelves stocked.

In the midst of the COVID-19 pandemic, in 2020, many research groups sought an effective method to determine mobility patterns and crowd densities on the streets of major cities like New York City to give insight into the effectiveness of stay-at-home and social distancing strategies.

Biomedical researchers have a tough task in managing the massive amounts of data they collect. Although programs do exist to help, including off-the-shelf spreadsheets and downloadable open-source solutions, they typically require an IT background, which many researchers lack. Startup SciosHub, which launched in 2020, aims to solve the problem.

Intel’s neuromorphic research chip Loihi is part of a class of microprocessors designed to mimic the human brain's speed and efficiency. TIM HERMAN/INTEL

Brain-inspired “neuromorphic” microchips from IBM and Intel might be good for more than just artificial intelligence; they may also prove ideal for a class of computations useful in a broad range of applications including analysis of medical X-rays and financial economics, a new study finds. 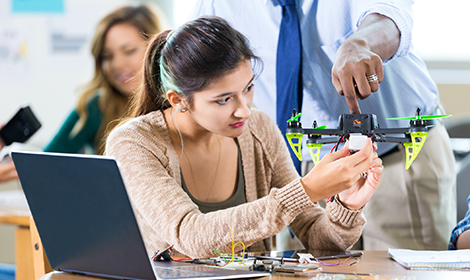 Today, in light of the COVID-19 pandemic, the eyes of the world are on the subject of vaccination tracking. To discuss pathways forward, IEEE hosted a side session at the United Nations High Level Political Forum called “Vaccine Passports and Databases: Privacy vs. Public Health.” This event helps to provide a better understanding of the situation, limitations, and more. 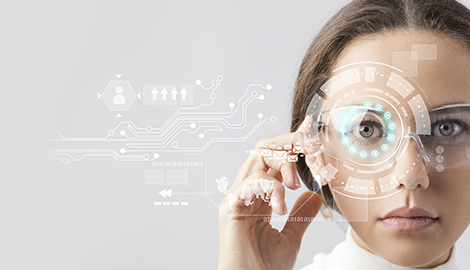 When Google Glass debuted almost a decade ago, augmented reality (AR) wearables seemed poised to take off. Smart glasses let users surf the Internet; access maps, calendars, and other apps; and even call up recipes. Users could simultaneously interact with the physical and digital worlds. 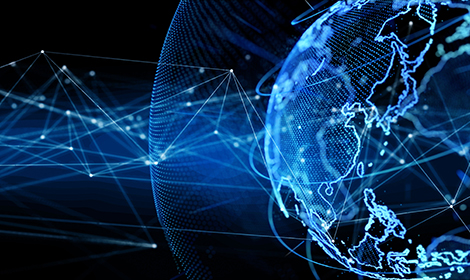 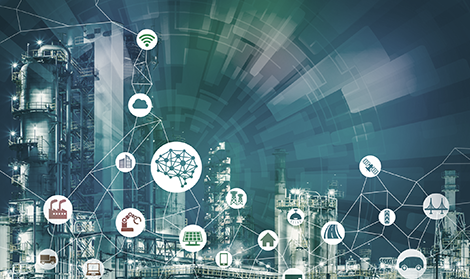 The Impacts That Digital Transformation Has on Society

Digital transformation, also called DX, begins with using new technology in a strategic way. This means understanding, implementing, and maximizing the use of digital processes.
These processes involve the convergence of information technology and actual devices. Data, comprised of computer bits, can talk to physical entities. They talk back through sensors connected to cloud computing.

Onboard sensors and sophisticated algorithms could alert drivers, but what about cost? Cycling can be fun, but it can also be a dangerous sport. A record 846 bicyclists were killed in motor vehicle crashes in the U.S. in 2019—the second-highest number in three decades. And a further 49,000 were injured, according to the latest figures from the National Highway Traffic Safety Administration.

How To Make Autonomous Cars Trustworthy and Free from Cybersecurity Threats

Autonomous vehicles are becoming smarter because they are being powered by computerization and artificial intelligence. They eventually will be able to communicate with each other and the infrastructure, maneuver flexibly while sensing their surroundings, and allow drivers to go from being operators to passengers. The rise of autonomous vehicles also brings about risks and vulnerabilities, however.

A millimeter-scale microLED display that fits onto a contact lens to provide augmented reality is, frankly, amazing, but for it to be useful it needs to know what to display. Last month at the IEEE International Solid State Circuits Conference, augmented reality contact lens startup Mojo Vision in Saratoga, Calif., reported new details of the image chip and image processing circuits.

Any successful implementation of artificial intelligence hinges on asking the right questions in the right way. That’s what the British AI company DeepMind (a subsidiary of Alphabet) accomplished when it used its neural network to tackle one of biology’s grand challenges, the protein-folding problem.

What Is Augmented Intelligence?

Augmented intelligence is a subsection of AI machine learning developed to enhance human intelligence rather than operate independently of or outright replace it. It’s designed to do so by improving human decision-making and, by extension, actions taken in response to improved decisions.

The Mobile Health Tech That Could Combat COVID-19

In April more than 60 digital health experts from around the world set out to determine whether today’s mobile-health technologies can help in the fight against COVID-19 and future pandemics. The Task Force on mHealth Technology assessed 90 wearable sensors, contact-tracing apps, and electronic patient-reported outcome systems.

Researchers at MIT say they’ve developed an algorithm that can diagnose COVID-19 by the sound of someone’s cough, even if that person is asymptomatic. In a paper published in the IEEE Journal of Engineering in Medicine and Biology, the team reports that their approach distinguishes between infected and healthy individuals through “forced-cough” recordings...

Here’s How We Prepare for the Next Pandemic

If we keep developing the tech that has been supercharged for COVID-19, it never has to be this bad again. When the Spanish flu pandemic swept across the globe in 1918, it ravaged a population with essentially no technological countermeasures.

Developed by a Portuguese research team, the device sends an alert if it senses trouble. Because senior citizens are at a higher risk of suffering serious complications from COVID-19, medical officials have cautioned them to stay at home.

Is it possible to give computers a sense of taste? This was the question that motivated IBM Researchers to develop HyperTaste, a tool for chemical taste sensing. It acts as an “electronic tongue”—a sensor that analyzes the chemical composition of liquids.

Remote work and digital transformation are rapidly reshaping the workplace. They are also creating demand for organizations to hire professionals with modern digital skills, particularly, skills like cloud and data management.

Fei Fang, an assistant professor of computer science at Carnegie Mellon, delivering a box of food to people in need for nonprofit 412 Food Rescue in Pittsburgh. FEI FANG

AI Is Helping to Stop Animal Poaching and Food Insecurity

When Fei Fang was a graduate student she was introduced to game theory—mathematical models that describe strategic interactions among rational decision-makers. The IEEE member knew she had found her calling. She has combined the modeling technique with machine learning to thwart terrorist attacks and reduce animal poaching. For Fang’s work in the field, she was named one of IEEE Intelligent Systems magazine’s “AI’s 10 to Watch in 2020.” 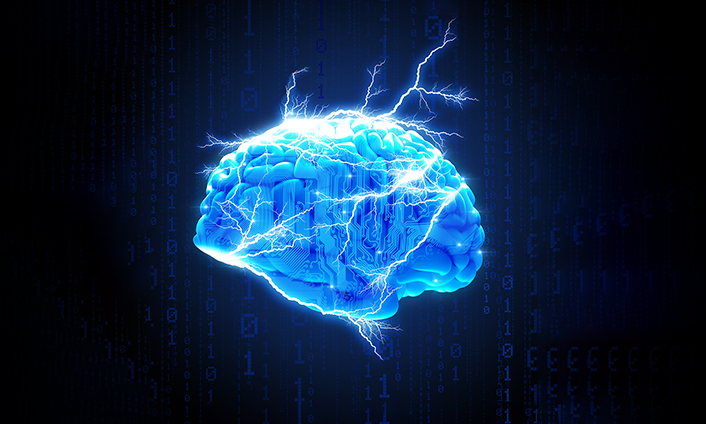 Artificial intelligence can identify subtle patterns in data, which is particularly useful in medicine. So far, these have been offline processes—doctors perform a medical test, and data from the test is run through a software program after. A real-time process could allow doctors to identify and treat a medical problem much more quickly.

Nuclear physics may be one of machine learning's newest frontiers. Since the 1940s, physicists have tried, but no one has yet created an efficient nuclear fusion reaction. Meanwhile, AI and machine learning (ML) have, across many industries and applications, proved themselves quite capable at detecting subtle patterns in data that humans can't recognize.

2D video to 3D faces: Facing down a key challenge in VR

Creating a virtual experience that’s as close to real-life as possible is one of virtual reality’s (VR’s) ultimate goals, as companies and researchers find ways to accurately mimic a person’s facial expressions and body gestures. But if the lighting and shadows on faces—notoriously tricky to simulate with accuracy—are all wrong, expressions and gestures don’t matter. It just looks wrong. So how to simulate light, shadows, and reflections on the virtual human face?

Not quite “eyesight to the blind,” but Mojo Vision and nonprofit partner collaborate on assistive sight-enhancement for visual impairments—Augmented reality contact lenses that help people with low vision navigate the world. Last year, startup Mojo Vision unveiled an early prototype of a contact lens that contains everything it needs to augment reality—an image sensor, display, motion sensors, and wireless radios all safe and comfortable to tuck into your eye.

Using edge AI and wearable biosensors, an app detects COVID within two minutes—even in asymptomatic patients. There’s a new player in the effort to quickly and effectively screen populations for COVID-19: This week, a Princeton spin-off company launches a coronavirus-screening app for businesses that takes two minutes and uses data from commercial wearable devices.

Augmented Reality and the Surveillance Society

First articulated in a 1965 white paper by Ivan Sutherland, titled “The Ultimate Display,” augmented reality (AR) lay beyond our technical capacities for 50 years. That changed when smartphones began providing people with a combination of cheap sensors, powerful processors, and high-bandwidth networking—the trifecta needed for AR to generate its spatial illusions.

Audi is turning to augmented reality to plan complex logistics processes: Virtual presentation of three dimensional holograms that are shown in their actual environment helps planners to better evaluate the future situation. The “LayAR” system (short for “layout” and “augmented reality”) visualizes a “digital twin” as a three‑dimensional hologram...

AI Recognizes COVID-19 in the Sound of a Cough

Since the spring, research teams have been working toward anytime, anywhere apps that could detect coronavirus in the bark of a cough. In June, a team at the University of Oklahoma showed it was possible to distinguish a COVID-19 cough from coughs due to other infections, and now a paper out of MIT, using the largest cough dataset yet, identifies asymptomatic people with a remarkable 100 percent detection rate.

Tracking Respiratory Droplets on The Fly

Covid-19 spreads via droplets expelled from an infected person’s lungs, so determining how the release of moisture is affected by different masks is an important step towards better protective gear. Now, using a new technique in 3D printing, University of Cambridge researchers have created tiny, freestanding, conducting fibers they claim can detect respiratory moisture more effectively than anything currently on the market.

There is little doubt that emerging technologies will help societies anticipate, manage, and mitigate the negative impacts of future global pandemics. But the use of such technologies must be guided with regard for citizens’ privacy, security, and well-being, and concern for its deployment and implementation. Drawing on lessons learned from COVID-19, several IEEE experts with a variety of technological backgrounds are considering the societal aspects of technological solutions to securing health and economic systems against future pandemics.

How Robots Became Essential Workers in the COVID-19 Response

Autonomous machines proved their worth in hospitals, offices, and on city streets. As the coronavirus emergency exploded into a full-blown pandemic in early 2020, forcing countless businesses to shutter, robot-making companies found themselves in an unusual situation: Many saw a surge in orders... 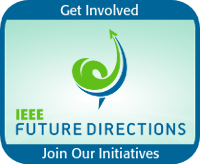