Looking Ahead to 2050 is an in-depth twelve-part blog series by Roberto Saracco, IEEE Digital Reality Co-Chair, that examines Symbiotic Autonomous Systems, including the various technologies at play, their verticals, and how advances in this emerging area will change the world. The IEEE Digital Reality Initiative intends to build on the ongoing work in this area to address current challenges and foster the transition to a symbiotic relation among autonomous systems. 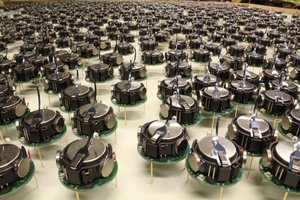 Looking ahead to 2050 - Symbiotic Autonomous Systems I

The Future Direction Committee FDC of the IEEE in consultation with IEEE Societies, is kicking off a new Initiative on Symbiotic Autonomous Systems.

What are these “Symbiotic Autonomous Systems”? 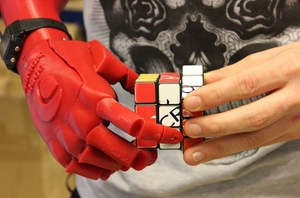 In order to establish a symbiotic “relation” two systems need to exchange “information”. The types of information exchange varies a lot, as well as the means supporting the exchange and the actual protocol for the exchange. Furthermore, the exchange can be direct (from one system to the other) or indirect, mediated by another system (or the ambient).

An autonomous system has to be “intelligent” to the extent that is has to work out, by itself a survival strategy in its interaction with the environment. The more interaction is present, and the more articulated (varied) the more intelligence is required. The quest for embedding intelligence in autonomous systems goes back to the creation of robots and as they become more and more flexible, adaptable, they move around and increase the level of interactions with the environment, cooperate with one another the need for higher levels of intelligence grows. 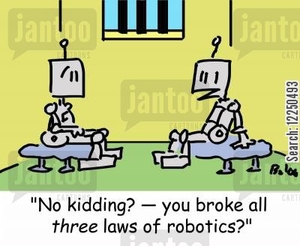 As engineers we are “control freak”. A good portion of our design goal is to achieve control on the machine. With autonomous sytems the engineers are still designing with control in mind, even though this control is in terms of goals to be pursued and boundaries within which the behavior to achieve the goal is allowed. 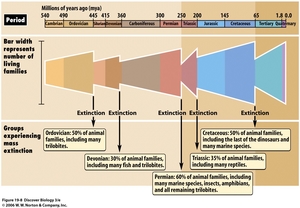 Living beings have shown an incredible capacity to adapt to their environment. That went through million of years, thousands and thousands of generations and immense extintions (see graph). The ones surviving are the ones that manage to adapt to a changing environment. Autonomous systems have been designed to operate within specific boundaries. As they become more and more powerful they will face broader and broader contexts and will need to adapt to ever more complex changes. 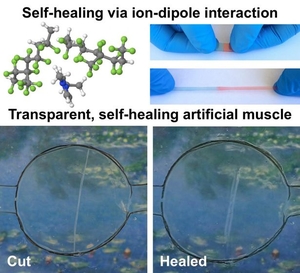 We will be living in a world where the boundaries between life and objects will be more difficult to perceive. Of course this may take several decades but we will find ourselves speaking with objects and with the environment more and more, we will take for granted that we can talk to them, they will talk back to us and engage in a meaningful interaction. Echo, Siri are just crude prototypes of what is around the corner. We will expect robotized objects to be the norm and to take the initiative. Notice that a further step in symbiotic autonomous system foresees an awareness of an artificial autonomous system, like a robot, to become aware of its limitation and to seek assistance from another system, including interacting with a human. This can be, of course, a design choice, making sure that an artificial autonomous systems relies on human for help (although it may open a can of worms: whom should the robot trust? How can we trust the human and who becomes accountable?)

From their inception, cities have been orchestrators of systems. Systems to host people, to produce, distribute and barter goods, to manage and get rid of waste, to provide services (health care, transportation, power/energy, entertainment,…). 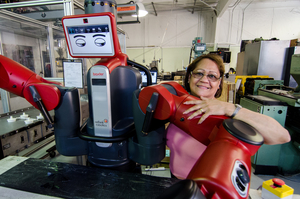 Industry has evolved, particularly manufacturing, by leaps and bounds. Availability of tools first (Oldowan industry goes back 1.7Myears ago), their improvement through steam power first (XVIII century) and then electricity (XX century), then, more recently, computers (1970ies) and robots (1980ies). Robotics is now a growing transformation force in Industry, it was 3.9 billion $ (worldwide) in 2000, it is now over 12 billion $ and it is expected to grow to 24.4 by 2025. Robots will be transforming not just the industry in the coming decades but the whole value chain from supply to delivery and usage.

From eons we have been augmenting our capability using tools, pebble first and then on and on with ever more complex and effective ones. Contact lenses are examples of augmentation, as a cellphone. Robotic exoskeletons are now moving their first steps (no pun intended) out of the lab to help in military field and in the medical one. In the former they are intended to augment a soldier strength in carrying loads, in the latter to enable paralysed people to walk around. 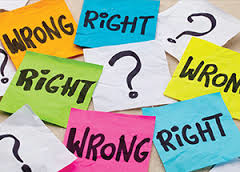 We have seen a transformation over the last 30 years from an economy dominated by demand to the one dominated by supply. Symbiotic autonomous systems are likely to stay in the same path of increasing the supply against a demand that is growing at a slower pace. 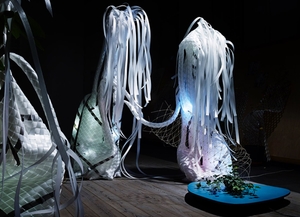 We already have autonomous systems and we even have a few examples of symbiotic autonomous systems but it is like the brothers Wright saying they had a plane. Yes, indeed, that is what they flew, but it would be difficult to compare that plane with today’s A380 and even more difficult to compare that with today’s civil aviation (infrastructure, planes, market, economics, regulatory environment).